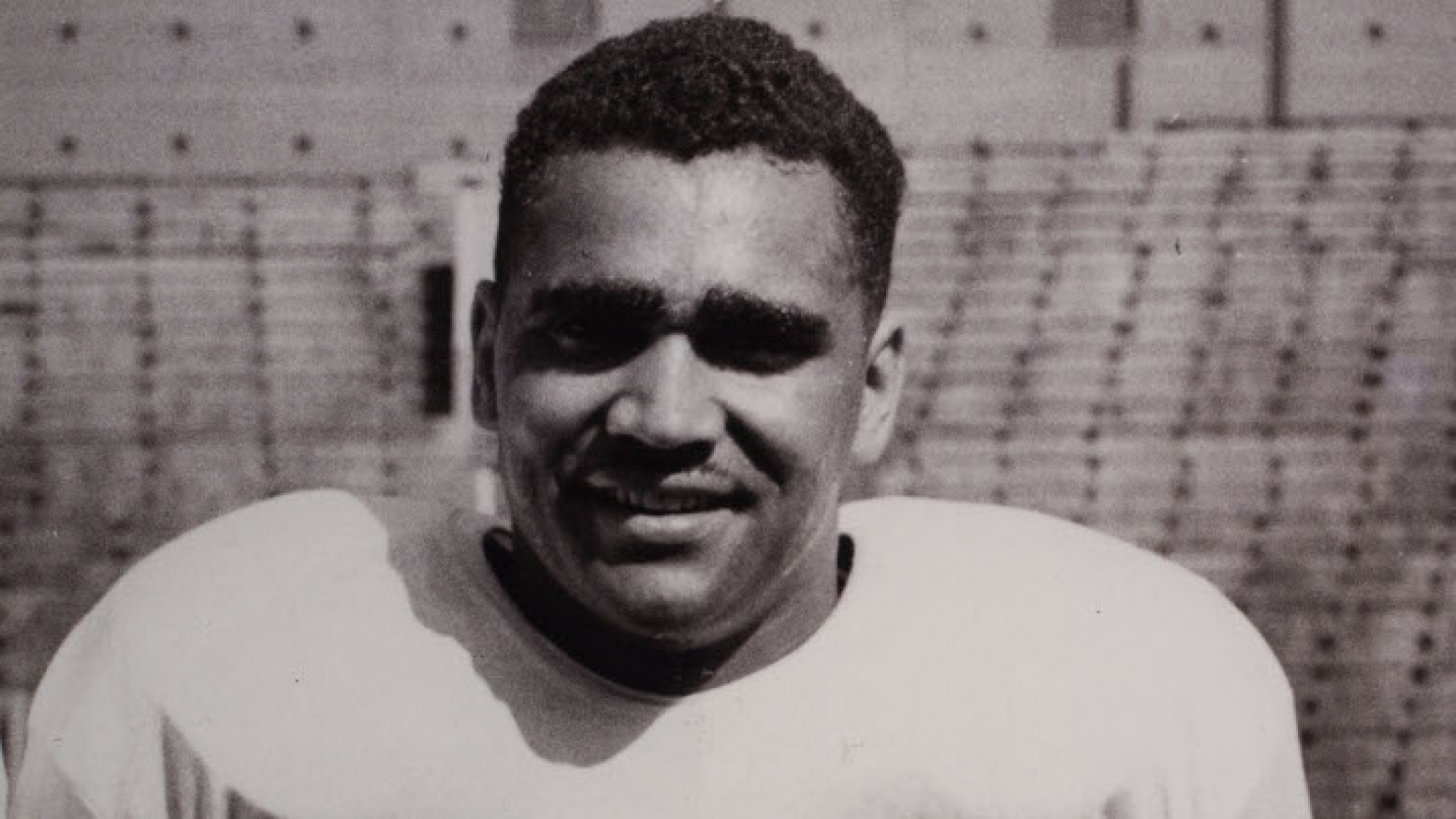 Dive into the story of one Black football player’s leadership, athleticism and courage throughout his life. Produced by filmmaker Jerald Harkness of Studio Auteur, Iowa PBS will present the broadcast premiere of The Bright Path: The Johnny Bright Story Monday, October 24 at 9 p.m.

A rare Black American stand-out player on Drake University’s football team in the late 1940s and early ’50s, Johnny Bright was a clear front-runner to win the 1951 Heisman Trophy. But his life — and the progression of student-athlete safety in college football — would forever change on an October afternoon in 1951. On that day, the unbeaten Drake Bulldogs traveled to Stillwater, Oklahoma, to face Oklahoma A&M.

In the first few minutes of the game, Bright was knocked unconscious by intentional blows to the head, and was ultimately forced to leave the game due to severe injuries. Despite missing out on the Heisman Trophy, Bright carved out his own path in life. He bypassed a chance to play in the NFL and went to Canada to enjoy a Hall of Fame career in the Canadian Football League. After retiring from the CFL, Bright moved on to what may be his most significant accomplishment — working as an educator, coach and principal, influencing the lives of hundreds of children.