Agriculture has a rich tradition of embracing technology to improve crop production, revolutionize how farmers run their business, and change the face of rural communities. Innovations such as the invention of the plow, refrigerated railcars, the Internet, and the development of genetically modified crops all have played pivotal roles in helping U.S. farmers become the most productive in the world.

Explore the stories about science and technology in agriculture. What do you think is the most important innovation? How will agricultural technology change in your lifetime? 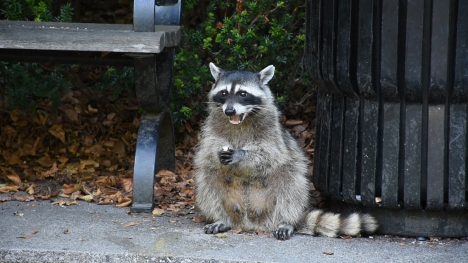 ClipSeason47Episode4740May 20, 2022
Pets are no longer the primary target when it comes to fighting rabies. 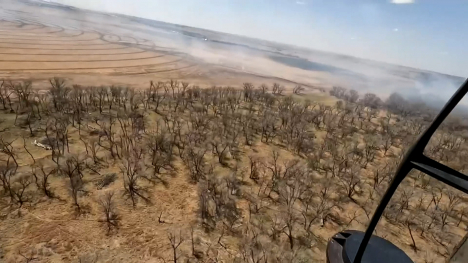 States Fight Wildfires as Watershed Research Takes to the Skies

ClipSeason47Episode4738May 6, 2022
Winds up to 70 miles per hour hindered firefighters and exacerbated seven wildfires raging across several counties in drought-stricken New Mexico – currently, the most in any state - according to the National Interagency Fire Center. 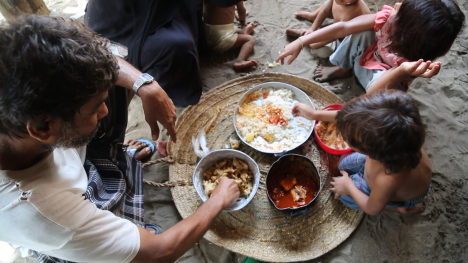 ClipSeason47Episode4738May 6, 2022
The world has nearly eradicated famine. But will the trend continue? 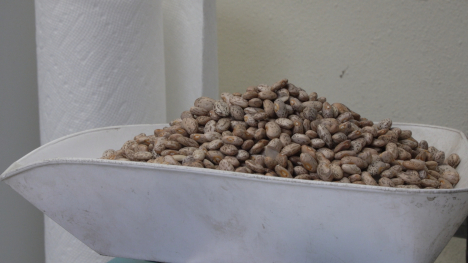 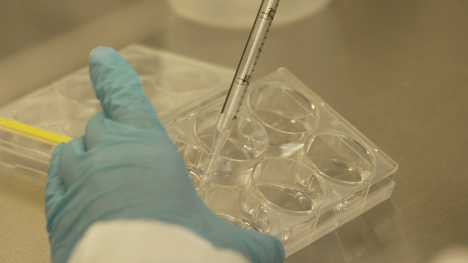 COVID Discovery in Pig Cells Could Lead to Human Treatments

ClipSeason47Episode34Apr 8, 2022
Recent revelations in China have health authorities circling back to a large live animal food market in Wuhan as the genesis of the coronavirus pandemic. 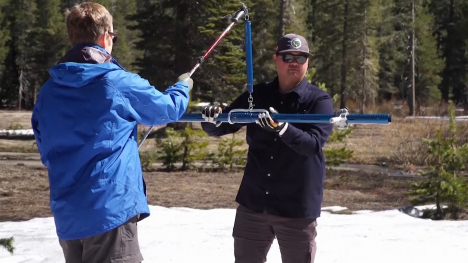 ClipSeason47Episode4734Apr 8, 2022
On April 1, the peak snowpack measured near Phillips Station, California was 66 percent below the normal average. 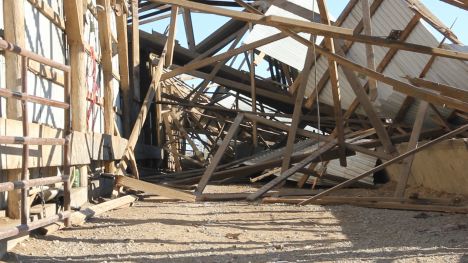 Winds Whip Tornadoes and Storms Across the Midwest and High Plains

The National Weather Service sent out warnings about pending severe weather and then advisories to those after the smoke they smelled in the air was likely from several states away. 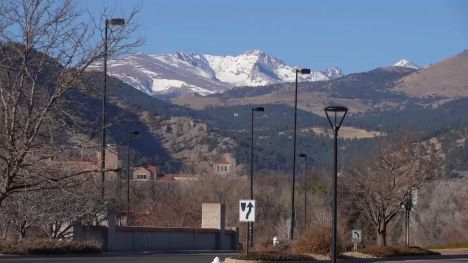 A major weather system is parked over the Pacific Ocean - bound for a wide swath of the West Coast. 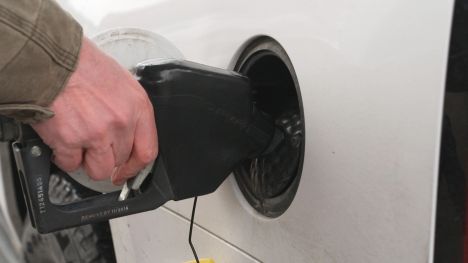 After missing a deadline last week, this week, the EPA came out with several year’s worth of RVO standards. 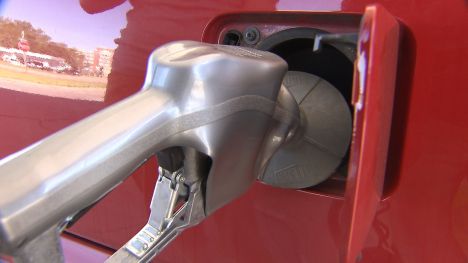 During the Trump Administration, the ethanol industry cried foul over the slow walking of RVO numbers for the next year. Even though there has been a change of administrations, the industry is still experiencing the same problem. 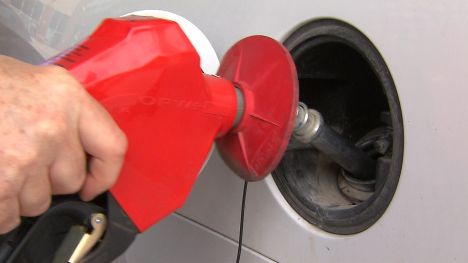 After a campaign promise to the contrary, the Biden Administration opened part of the oil reserve in the Gulf of Mexico for drilling to the tune of $192 million in leases.

Agriculture has a rich tradition of embracing technology to improve crop production, increase efficiency, minimize environmental impacts, and more. Innovations ranging from the invention of the plow, refrigerated railcars, the Internet, and the development of genetically modified crops all have played pivotal roles in helping U.S. farmers become the most productive in the world, revolutionizing how farmers run their business, while also changing the face of rural communities.

Machines on the Farm

One of the first innovations to improve crop production happened when early growers realized yields improved if the soil was loosened prior to planting. As early as 4,000 B.C., farmers were using simple plows made of sticks pulled by humans or animals. As time progressed, and the global population expanded, farmers searched for more efficient ways to till the soil. The moldboard plow, for example, allowed the soil to be laid over old crops and weed seeds, leaving a clean furrow to plant new seeds. The addition of a steel plate by blacksmith John Deere in 1837 made it possible for iron plows to cut through the soil without having fresh earth stick to the moldboard. Today, global positioning systems can be found guiding tractors and combines using real-time data to plant seeds, apply chemicals and harvest crops.

In the late 1800s, delivering peaches from a farmer in Oregon to a consumer in Missouri, or fresh cuts of beef from a meat-packing plant in Chicago to a consumer in Boston was a costly and time-intensive endeavor, and often resulted in spoilage before it reached its destination. The expansion of the railroad system in the late 1800s increased the speed and distance in which producers could deliver their product. The invention of the refrigerated rail car in 1878, revolutionized the meat industry by allowing producers to rapidly deliver perishable products. Today, ships, barges, trains, trucks, and other methods help transport products from farm to market. Advancements in transportation technology helped to open new markets, lower the cost of delivery, and ultimately improve the business of agriculture.

For many years, farmers have turned to agricultural chemicals, like pesticides and herbicides, to improve yields and reduce insect damage. Scientists have cross-pollinated plants of the same species (hybrids) to create certain traits, like drought tolerance. New biotechnology innovations are now used to create genetically modified organisms (GMOs) by inserting genes from one species of plant or bacteria into an entirely different species of plant. Like virtually every other technological advancement, GMOs and agricultural chemicals come with their own set of challenges and have initiated much debate about their use.

Farmers in the United States have regularly produced a reliable supply of food and fiber, but in recent years they have also produced an increasing share of the nation's fuel. In the wake of the Arab Oil Embargo of the 1970s, lawmakers implemented policies designed to provide more reliable supplies of energy. Corn-based ethanol and soybean-based biodiesel were developed to provide a homegrown, renewable alternative to petroleum-based energy. Critics contend alternative fuel production drives up food prices, while proponents say the products lower prices at the pump and help lessen the United State's addiction to foreign oil.

The United Nations Food and Agriculture Organization (FAO) projects the world population will reach 9 billion by 2050. Since nearly 1 billion people around the globe are already counted among the ranks of the hungry, the FAO has called for a 100 percent increase in global food production by mid-century. Since the increased demand will be satisfied from virtually the same land area as today, the FAO concludes that 70 percent of the increased production must come from efficiency-enhancing technologies.

Some scientific and technical innovations have introduced challenges as well as rewards, with much debate about their costs and benefits to the environment, economy, and people. What is the most important scientific or technological innovation in agriculture? How will agricultural technology change in your lifetime?

From the plow and selective breeding, to alternative fuels and robotics, American agriculture has seen numerous changes due to innovations in science, technology, and engineering. Some of these advancements have aided the American farmer in producing larger quantities of product on the same land area, or have allowed the production, transportation, trading, and retailing of agricultural products to be faster, better, or less expensive.

Your challenge is to imagine a new scientific, technical, or engineering innovation that will solve a problem. The problem can be one that exists now, or one that could happen in the future. Follow the process below as you consider the possibilities.

The first step is to identify a need that must be addressed. It could be a large, global problem such as world hunger, or it could be a situation that impacts you locally such as a polluted river or stream in your community. You could make a product taste better, or the workplace safer.

Once you have identified the problem to be solved, find and describe a scientific, technical, or engineering innovation that meets the need.

Any new innovation can have positive and negative impacts. A new technology could revolutionize the marketplace or help feed millions of people, or it could have environmental consequences or be too expensive for the marketplace. Explore the impacts of your innovation.

Having an innovative idea is one thing, making it come to reality is another. Make a plan for creating and marketing your idea.

The Science & Technology in Agriculture module demonstrates agriculture's long history of technological innovations and their impact on the world. It expands on specific innovations to discuss their impact on the economy, environment, science, government, transportation, culture and society. The module challenges the reader to consider what the future of agriculture will be and what ethical considerations might be involved.

This module introduces students to several big ideas. Science and technology have played a role in agriculture since the first crops were planted. This continues today with genetic engineering, robotics, GPS, and other developments quickly changing the face of agriculture.

This module connects with the following learning goals: